The People
in the Project

STUDIOELB Ingegneri Associati is a projecting engineering organization made up of 6 engineers actively cooperating with public enterprises and companies in the field of maritime construction, coastal end offshore projects, environment zoning, geotechnics, and marine and river hydraulic management. In particular Stdioelb can rely on a specific experience of the Liguria Coast, where they carried out a number of projects in areas of great environment and scenery value. They took care of the correct environment insertion of the project, whereas environment in this context means the vast area including landscape, the bio features of the territory, the economic and social aspects which contribute to enjoy and improve the territory itself.

As a chartered engineer in the province of Genoa and founder of Studioelb, he graduated in 1972 as a hydraulic engineer with a specialization for maritime projects. He therefore has a 30–year experience in projecting and managing coastal infrastructure works, projects of marina harbours, reclamations of degraded coastal areas, coordination of oceanographic and geophysical surveys for the organization of littorals, evaluations of beach stabilization, analysis of interventions, simulation of wave movements, projecting deep-sea pipe systems.

A chartered engineer in the province of Genoa, he graduated in 1999 as geotechnics civil engineer. He has more than 10 years experience in geotechinics, structural design, preservation and reclamation of degraded structures in a marine environment.

A chartered engineer in the province of Alessandria, she graduated in 2002 as an environment engineer with special reference to soil defense. She has a specific experience in marine surveys and in measuring phenomena and movements originated by the waves and in projecting coastal and maritime structures.

A chartered engineer in the province of Genoa, she graduated in 2004 as a civil engineer and has a specific experience in structural calculations of civil and marine works.

A Chartered engineer in the province of Genoa, he graduated in 2005 as an environment engineer with special reference to the defense of soil. He has a specific operational experience in running and evaluating works with particular reference to public hydraulic and maritime works and hydraulic surveys. 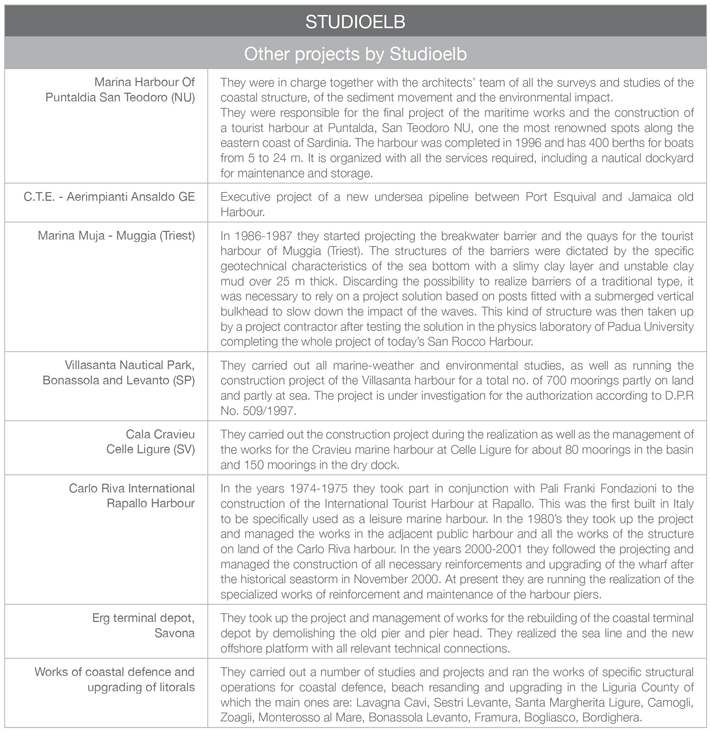